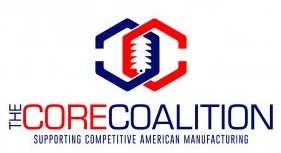 Last week 25 members of Congress submitted a letter to President Trump requesting tariff action on electrical steel laminations and cores imported from Mexico and Canada.  These products are used in the production of transformers, appliance motors and electric vehicle motors.  On the surface, this is great; American legislators are supporting American manufacturing.

Motors are an essential part of all modern-day life, ranging from computer drives, to household appliances, all the way to the large industrial motors that power our industries.

Transformers are the key component in distributing electricity from points of generation through to our homes, commercial establishments and industry.  Without transformers, there would be no electric power.

It’s clear that the motor and transformer industries are vital to our national security and independence; they need to be strong.

The flight of motor manufacturers to countries outside the USA (mostly Mexico and Canada) started in 2008 as a result of tariffs imposed that year to electrical steel imported into the USA (which resulted in domestic price increases) and has continued, even after 2014.  The letter complains that this production is not using USA produced grain oriented electrical steel and asks for penalties on the semi-processed products coming into the USA to raise their cost of production and allow manufacturers in the USA using USA produced steel to compete.  There’s a very good economic reason for this production shift.  Prices for electrical steel coming from the sole remaining USA producer of both GOES and NOES are 25%+ higher in the USA than other countries.

Thus, it remains possible for imports to be purchased by USA consumers, in some cases even below the prevailing USA prices, compared to steel supplied from the local mill, despite the current 25% tariff on the imported steel.

A general supply chain rule is that one always wants more than a single supply source to keep the supplier honest on the pricing and also in case there’s a production issue that could potentially cripple your operation.  Plus, the USA supplier has a reputation of not being the easiest mill to interact with; it’s generally their way or the highway, a holdover culture from its hardnose chairman from three decades ago.

Adding tariffs to imported GOES laminations and cores is a Band-Aid.  It provides a short-term solution but does not resolve the problem of USA produced electrical steel’s high cost that is globally uncompetitive.  What’s required is to fix the steel industry securing those jobs for American citizens, and that requires major capital investments.

The integrated steelmaking industry can be criticized for not re-investing enough capital to upgrade equipment over the last 30 years, but the reality is that the funds have not been available due to intermittent profits and, more importantly, the financial incentives have been lacking.

The problem with introducing tariffs on imported GOES laminations and cores is that it will only reinforce the migration of transformer manufacturers out of the USA.  We have to find other ways to protect jobs and manufacturing in the USA on a long-term basis.

With all of the funds currently being directed into stabilizing financial liquidity and bond purchases during this time of crisis, it seems that our government could better protect manufacturing jobs in the steel industry by providing low-cost funds for capital investment to the steel industry.

Affordable funding will facilitate long-term oriented capital investment programs that will increase productivity, improve quality and lower production costs.  Tariffs can be imposed short-term but the long-term challenge of the high production cost due to old inefficient equipment and processing routes has to be fixed for the USA based electrical steel producing industry to regain competitiveness.

The USA needs a strong, competitive steel industry in total; one that can succeed on its own merits.

The USA does not need a market structure that protects some producers with tariffs, but drives the larger manufacturing industry, vis-à-vis, motors and transformers, north and south of our borders.  Both industries are demonstrably vital to national independence and security.

Case Study:  Tariffs Have NOT Resulted In A Stronger USA Electrical Steel Industry

In NOES, AK Steel initiated an action in 2014 with the international Trade Commission (ITC), a division of the Department of Commerce, requesting countervailing duties (CVD) and anti-dumping (AD) duties on the imports of non-oriented electrical steel (NOES).  Imports of NOES had reached 48,000 tons, close to the domestic production of AK Steel and at prices significantly lower than AK Steel.  The action was successful to a point and by 2019, imports of NOES had dropped to 22,000 tons.  The imposition of tariffs allowed AK Steel to continue production of NOES and protected steel-making jobs initially, but total consumption of NOES has continued to decline in the USA (because it’s uncompetitive) and those operations are now in jeopardy of closing.  AK Steel is the only “official” producer of this grade in North America, but Big River Steel and Nucor Steel are both developing these products.

In GOES, AK Steel and Allegheny Technologies (ATI) initiated an action in 2004 with the ITC that was successful.  Countervailing duties were subsequently removed in 2009.   One of the benefits was that AK Steel was able to justify the financial investment with its board for the installation of a new electric furnace in 2012 to reduce costs of production and slightly increase production volume.  However, downstream operations were not modernized and in 2014 AK Steel filed another action with the ITC requesting re-imposition of countervailing duties against importer of GOES.  This action was not successful.  Production of grain oriented at AK Steel has dropped from approximately 75% capacity utilization in 2014 to only 65% capacity utilization in 2019.

The hardworking steel-workers at Butler, PA and Zanesville, OH have been exploited for years through lack of corporate investment.

Tariffs have proven to be an ineffective tool for the stabilization and success of the USA’s electrical steel supply.  We need people and solutions that can resolve the real industry problems.  In this time of crisis, we need visionaries to guide the government in restoring the health of our strategic industries and protect the workers.

The electrical steel industry is vital to our national security and we must implement effective tools to protect it.